Zilberman | Berlin is delighted to announce the solo exhibition One Day We’ll Understand by the artist Sim Chi Yin.

Two revolutionary songs – The Internationale and Goodbye Malaya, the former conveying an aspirational mind set, the latter loss – are included in Sim Chi Yin’s video installation Requiem. We hear the voices of former deportees and exiles, some of whom are still not allowed to return to Malaysia. The sound of their fragile voices, sometimes forgetting the lyrics, permeates the exhibition One Day We’ll Understand at Zilberman Gallery. These ethereal voices suffused with a sense of loss echo as we take in the atmospheric landscape photographs the artist has made of sites of memory of this war around presentday Malaysia and southern Thailand. In one scene at dusk, an elephant emerges out of the jungle thicket, a split-second encounter that transforms into an apparition. A table with empty chairs intrigues us into thinking a surrepticious meeting has just been summarily disbanded – or suggests the absence of the former anti-colonial fighters or people displaced and killed in acts that have still not been accounted for today, while British and Commonwealth soldiers are commemorated at heroes’ cemeteries.

Sim’s exhibition One Day We’ll Understand questions the colonial and postcolonial histories and historiographies of the 12-year guerrilla war in British Malaya (an area today covered by Malaysia and Singapore), which the British colonial power euphemistically termed the ‘Malayan Emergency’ (1948–1960). Communists, who had led the resistance against Japan in World War II, now spearheaded the anti-colonial struggle. It was one of the early hot conflicts in the global Cold War, using tactics such as population-control strategies and the defoliant chemical Agent Orange years before the Vietnam War. British authorities tried to break the resistance through detentions, deportations, and the resettlement of civilians from the edges of the jungle to so-called ‘New Villages’ to starve the communist insurgents of supplies of food, medicine and men.

One Day We’ll Understand is rooted in Sim’s family history, namely the history of her paternal grandfather, a journalist and left-wing intellectual. Like over 30,000 other leftists and sympathisers, he was imprisoned by the British and deported to China, where he was later executed by the ruling Kuomintang government. Starting with this personal story, Sim expands her research into an historical and artistic examination of the official and colonial historiographies of the war and its combatants.

In her most recent series Interventions, Sim excavates photos from the colonial archive at the Imperial War Museum in London that were used by British authorities for media campaigns and psychological warfare to legitimise national military operations against anti-colonial fighters. Sim has photographed these prints on a light table so that the markings and labelling, which would otherwise be concealed on the back, can be seen through the image like a palimpsest. The transparency of the foil prints on glass plates enables viewing from two sides, with either the text or the image appearing back-to-front. Who has the power to define? Sim questions the indexicality of material evidence by exposing the mechanisms of colonial interpretation. One photo shows a helicopter dropping a British solider down a length of rope into the jungle; another shows a rubber plantation with white cloth strips tacked to their trunks, a signal to workers not to put themselves at the service of British rubber exporters. In another picture, freshly-captured guerrilla fighters can be seen squatting on the floor of a police station, the “Bandits” label, which is how the insurgents were criminalised, visible through the folio. The figures are outlined with a black pencil in places, for the purpose of publication in the press. Today, these people are still taboo in Malaysia and Singapore, echoing the way the British defamed them as bandits or communist terrorists, archiving them on propaganda pictures, wanted lists, or lists of deportees or exiles. But paradoxically it was that very contact with the colonial power that preserved them in history, creating an uneasy dynamic where the vanquished are only remembered through the victors' eyes, something Sim deconstructs in her work.

The polyphony from historical letters from both sides of the conflict, as well as from oral history accounts by leftist combatants and witnesses, offer an insight into Sim Chi Yin’s research. The accounts, collected from Sim’s interviews with 35 deportees and exiles in four countries, form a ‘counter-archive’ to the histories and historiographies in the official archives. Sim asked her subjects about their experiences of displacement and deportation, and how things turned out for them later. Photographs of objects, such as a mine detector and a prosthetic leg, which the survivors showed the artist as memorabilia or evidence during the interviews, form part of her counter-archive. They are material witnesses to history.

Sim Chi Yin (b. 1978 in Singapore, resident in Berlin since 2021) was commissioned to make the Nobel Peace Prize exhibition in 2017 and was nominated for the Vera List Center’s Jane Lombard Prize for Art and Social Justice in 2020. She has been a nominee member of Magnum Photos since 2018. Her photo book She Never Rode That Trishaw Again, the first in a series for her composite project One Day We’ll Understand, for which she also developed performative readings, was published in 2021. Her previous projects include Shifting Sands, about the global shortage of sand driven by rapid urbanisation and land reclamation, as well as Most People Were Silent, for which she created a series of diptychs of nuclear landscapes on the border between North Korea and China, and across the United States. Sim has recently presented solo exhibitions at Les Rencontres de la photographie d‘Arles, France (2021), Landskrona Foto Festival, Sweden (2020), Hanart TZ Gallery, Hong Kong (2019), the Institute of Contemporary Arts, LASALLE College of the Arts, Singapore (2018) and the Nobel Peace Museum, Oslo (2017). Her works have been shown at the Guangzhou Image Triennial (2021) and the 15th Istanbul Biennale, Turkey (2017).

Accompanying the exhibition, a catalogue featuring essays by Sam I-shan and Anthony Downey, a conversation between Sim Chi Yin and Hilary Roberts, and an introduction by Lotte Laub will be published.

On the occasion of the opening, Sim Chi Yin and Maaza Mengiste, 2020 Booker Prize finalist for the novel The Shadow King, will be in conversation about Sim’s work One Day We’ll Understand, her photo book She Never Rode That Trishaw Again, and the intersections of colonial and vernacular archives, narratives and memory discourses. 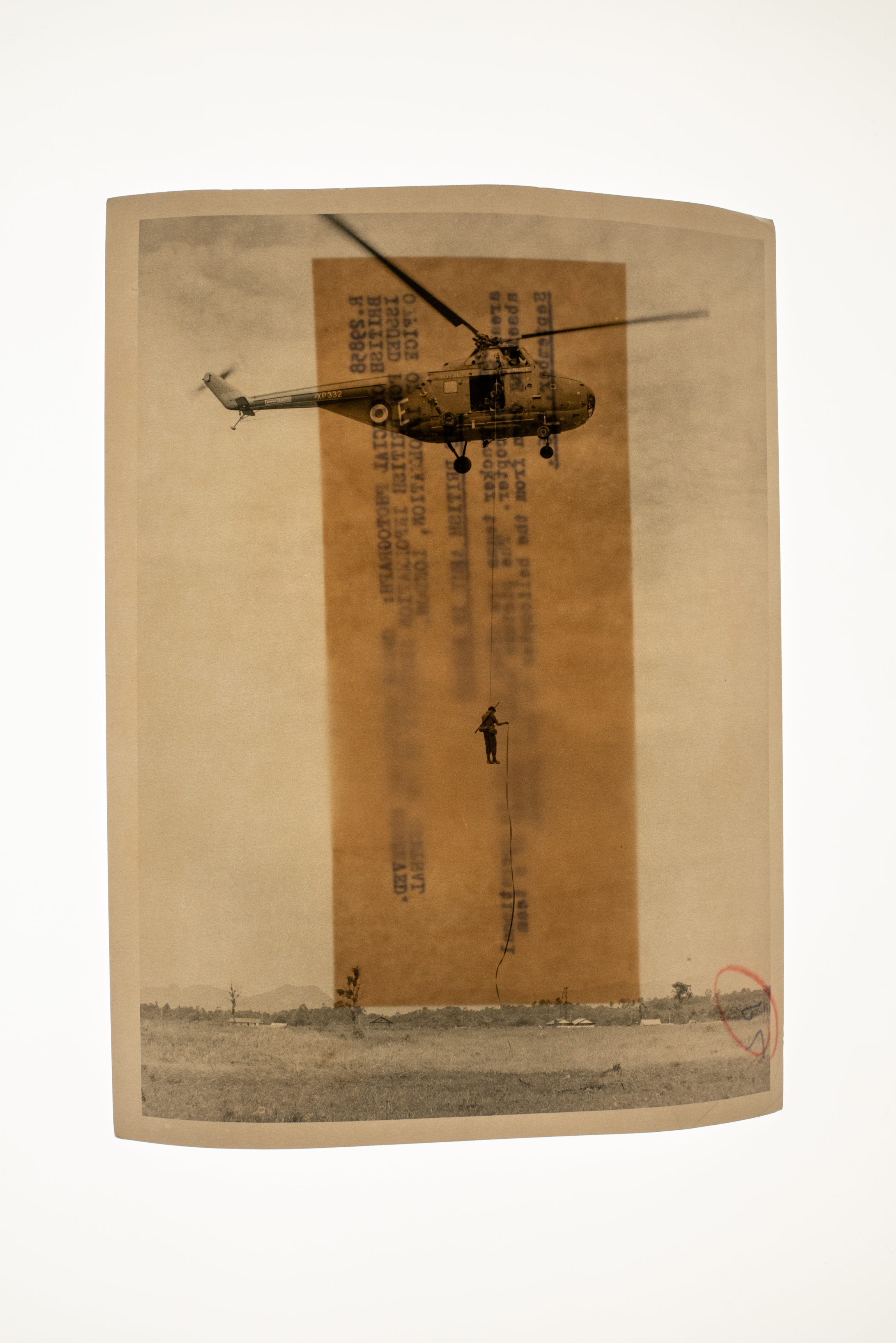