Registration for the zoom talk is requested: berlin@zilbermangallery.com

You are cordially invited to the conversation between the architect and writer Léopold Lambert and the artist Sim Chi Yin.

He is lying on his back, propped up by a wooden ladder. His eyes seem shut but he wears something of a smile. "Kuantan No. 5/51” is all we know about him, apart from the fact that he is dead — and the photograph was shot after death. Post-mortem photography of “enemy” insurgents, along with detention without trial, mass deportations and  ring-fencing of “errant” populations were tactics used by the British in Malaya in the 12-year “Emergency” (1948-1960). These were widely celebrated as necessary elements of a “successful” counter-insurgency, and became a template that went on to shape wars as recent as Iraq and Afghanistan. Artist Sim Chi Yin’s assemblage of missing narratives and sites of memory around the Malayan war unsettle its public memory. In her Interventions series, she reinterprets the colonial photographic representation of the conflict and its combatants. She will discuss her work visualising and re-narrating the state of exception imposed on Malaya, and the lineage between colonial and contemporary political practices. She will be in conversation with Léopold Lambert, who in his latest book Etats d'urgence: Une histoire spatiale du continuum colonial français (States of Emergency: A Spatial History of the French Colonial Continuum, PMN, 2021), uses the history of the French state of emergency to examine the concept of the colonial continuum. He looks at the French use of emergency law in the context of the 1954-1962 Algerian Revolution, the Kanak insurrection in Kanaky (i.e. New Caledonia) in 1984-1988, and the youth uprising in France's banlieues of 2005 until now.

The talk will be held in English. 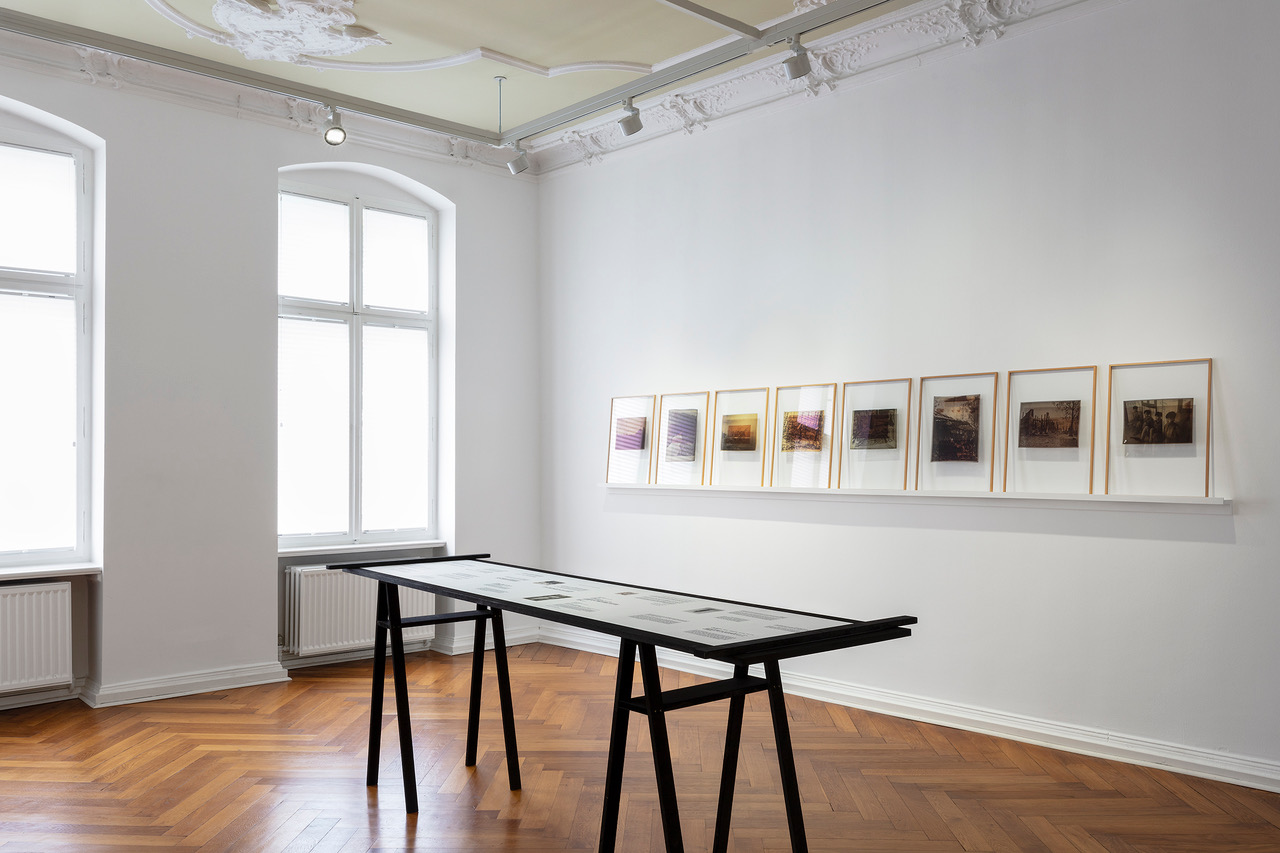 Installation view from the exhibition