CDA Projects will be home to Azade Köker's new works in an exhibition titled “Moving Spaces” which will take place between 12 September and 26 October. The opening, which the artist herself will be present for, will be held on 11 September between 6pm and 9pm.

City is a word that summarises a broad structure that includes many subtopics such as modern city landscapes, new architectural applications, gentrification, public space and destruction. In addition to these physical attributes, sociological facts such as migration, citizenship, urban life and cultural differences are some of the parameters that transform the city. These two distinct but interacting characteristics show us the following: As the people change and transform the city, the city also changes and transforms the people; like, with the development of the construction technologies, the building of shopping centres as modern-day agoras and applications such as motorways and high-speed rail systems that deeply impact human life. Today the power of the cities is not only important from an economic or cultural point of view, but also from a political one as well; such that governments that take over big cities are able to take over and shape the whole political arena of the country. Therefore the states are inclined towards protecting and repressing big cities.

Cities incorporate many notions including anonimity, isolation, plurality and dissimilarity. So, in light of all of these findings, who are the owners of the city? How do the urbanites transform one another and the city? Azade Köker's “Moving Spaces” observes the urbanites' lives, tribulations, dilemmas and their relationship with their environment. This selection, which includes paintings, installations and videos and carries an investigative quality, sets off from the real-political platform “this is the city” rather than a nostalgic requiem like “this is how the city used to be” 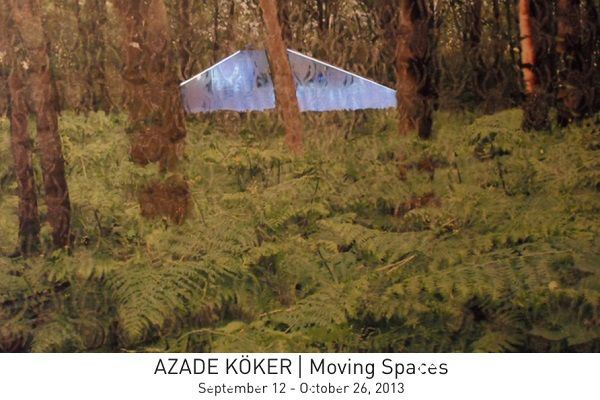