Bingöl who uses this European tradition as a metaphorical structure has a subtotal with this exhibition by bringing together thoughts, materials and experiences she had in her different phases.

Bingöl leaves the viewer with an eerie stage where artificial gardens cover unexpected places, the viewer becomes the one who is viewed and the speed of transformation is unforeseen. Funda Susamoglu expresses her views about the exhibition which is composed of materials such as ceramic, drawings and videos:

“In today’s world where the dominance of image is indisputable, a person who builds, who constructs is indeed a point of resistance. For the craftsman in Bingöl’s works, the importance of production and circulation speed works backwards; instead of the speed, a proposal of slowing down is visible in the construction period itself. The superposed pieces carefully create a space just for one person. This space is where the person installs himself/herself in the crowd.”

The exhibition can be visited on May 14th-June 14th. 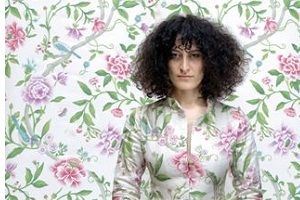