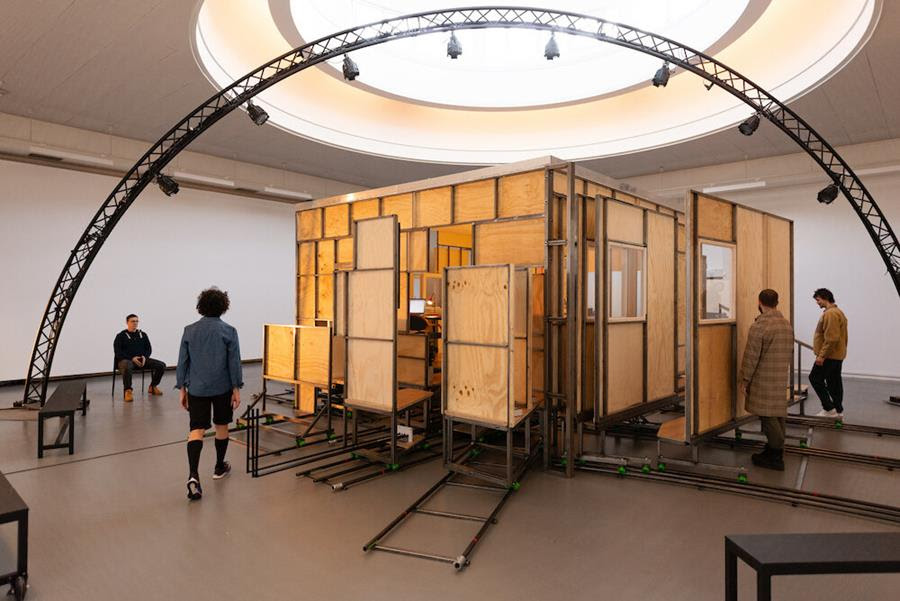 With Carte Blanche, the Norwegian national company of contemporary dance, Pedro Gómez-Egaña presented an installation-performance as part of his solo show SOLIDS at KODE museum in Bergen. The exhibition as a whole included immersive installations spanning two floors at KODE 4: “SOLIDS plays with our sense of space and challenges our notions of safety and history. What happens when the structures you trust are in a state of permanent dissolution? And, what happens to time when one is sitting still while everything around is in a state of constant flux?” A short film was made from footage of Gómez-Egaña’s solo show.

SOLIDS took place at the KODE museum in Bergen in February, 2021. The performance  will tour to Dansens hus in Oslo from June 11–13, 2021.
https://www.dansenshus.com/forestillinger/solids

With his works ‘23:52’ and ‘The Museum’, Pedro Gómez-Egaña takes part in a group exhibition at Henie Onstad Art Center in Oslo including works from the collection from Picasso to contemporary artists. https://hok.no/en/program