Göktan's work is inspired by the shrouds made by Ancient Egyptians to protect the dead and show them the way in the next world. The QR codes embedded in the works connect the real and virtual worlds.

The exhibition consists of bead work made by male inmates at the Ümraniye Type T Department of Corrections, implemented by Zeren Göktan. With the shrouds, key chains that hang from the ceiling and its database in cyberspace, “Counter” turns into a big installation. Its virtual element updates the number of women killed through violence, counting backwards from the year 2013, while continuously adding new data. Since the list gets bigger as the counter, which has the threat of increase in its nature, updates itself, it becomes the precursor of the unending violence. This digital monument where the dead women are remembered by their names includes contributions in data gathering by ‘Kadın Cinayetlerini Durduracağız Platfomu' (Platform To Stop Female Murders).

Göktan aims for a structure that covers different channels and social topics in “Counter”, and with her intricate artistic expression, creates areas of compromise through unexpected alliances. The artist says about her work: “...I guess I'm trying to create, in the physical world, these areas that show up in social media. In this way I want to make way for different readings and encounters. These distinct areas take hold of one another and coexist. Allies meet, devices work together, and real and virtual come together....”

As Başak Şenova says about “Counter” in her catalogue article: “...Male inmates kill time by stringing the beads along the line. They string the same pattern during hours and days. In a process identical to coding, every bead has a role in the creation of an object, an object that is living and colourful as a witness to their effort. They call this labour “prison weave”, they count the beads until the beads find their own souls and leave them...”

Zeren Göktan's “Counter”, the product of a long time's work, can be visited at Cda-Projects located in Mısır Apartmanı from March 15th until April 27th 2013.

Zeren Göktan
(1975, Ankara) gained her undergraduate degree in arts at Bilkent University and her graduate degree at Tufts University in Boston. She is continuing her Proficiency in Art studies at Yıldız Teknik University. This is her fifth solo exhibition. Her work has been displayed at many national and international exhibitions including the 10th Istanbul Biennial. She currently lives and works in Istanbul. 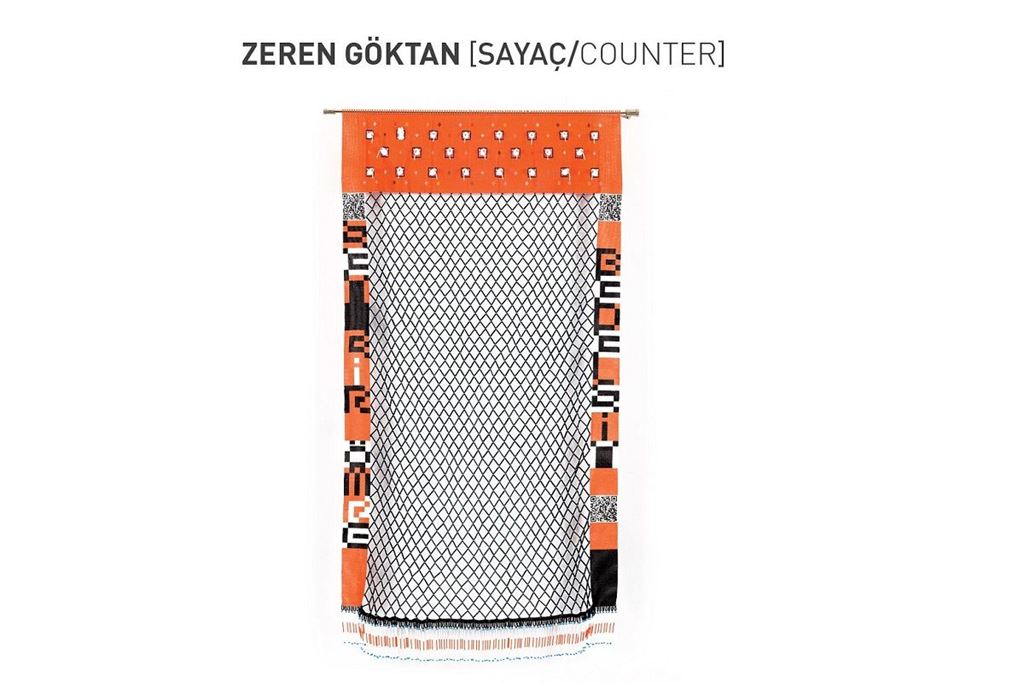