Tessellation Make Up expands from the literal meaning of tessellation – a two dimensional image created with a repeated geometric shape – and looks at how the artist’s process and ideas reveal its own plan and pattern. The selected artworks range from the use of photography, videography, and mixed-media. Patterns are aligned as the artworks portray in various degrees reflections on social and political experiences, an examination and recollection of memory and history, and personal identity.

Al Fadhil’s video “Good Morning Babylon” reveals a performance at the Ishtar Gate at the Pergamon Museum, Berlin, Germany. Here the artist performs a minimal act in front of the displaced blue tiled structure, and brings into question memory and history. His photographic diptychs, along with Daydban’s  “Subtitles” series reflects on relationships and interpretation due to context. At first glance the works on paper by Guirguis, using a mix of Arabic patterns and experimental strokes, details in Talepasand’s intricate drawings with a keffiyah, and Tirafkan’s photomontages of Persian-like carpets, may seem traditional and ornamental. However, their concerns both engage social contemporary concerns explored through formal juxtapositions in the work. The process of transforming layers into a new image, or juxtaposing tiled photos, ties together the works by Alem, Abu Shaqra, Banisadr, Bin Dhaher, Demithan. Kazemi, and Seymen. Demithan’s scanography works are created through hundreds of tiled scans documenting the human figure. Bursting with color ‘Sanawat’ documents a shared family history reconstructing a memory through the frozen like figure and embellishments of a child’s red dress.

Tesselation Make Up could be visited between September 15th-October 20th at Galeri Zilberman in Misir Apartments Building in Istanbul. 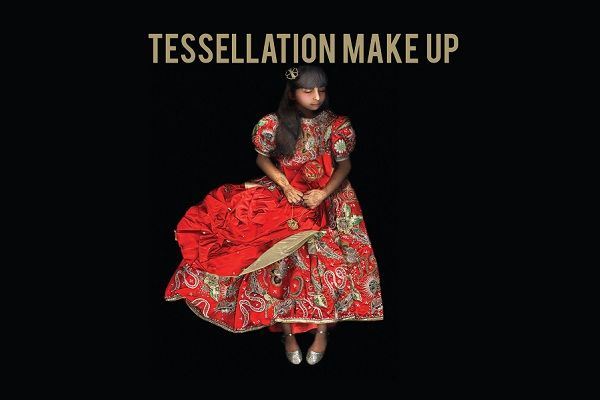