Deriving from the perceptual response to drawing as a conceptual language, "White" is an attempt to look closer into the drawings of artists Alban Muja, Aya Ben Ron, Ceren Oykut, Luchezar Boyadjiev, Gözde İlkin, Erik Göngrich, İlgen Arzik, Maria Loizidou, and Yane Calovski. The relationship between the works are analyzed not so much through a potential conceptual methodology or a shared thematic imposition, but rather through the individual reasons in applying a direct constrain - using only the colours black and white.

The title "White" is substituted in Turkish as "Siyah", which means 'black'. This word game with the translation of the title implies the uncertainty and the complexity beneath the 'coded' oppositions. While the application of black and white could directly refer a perceptual opposition, both of these colours have their own physical and rhetorical characteristics and are simply different by definition. In the same line of thought, each artist in this exhibition responds to complicated and conflicting strategies and languages, thus allowing the exhibition to cast a light on what is neglected, missing, abstracted, but nonetheless intoxicating and destructive in the practice of 'drawing'. This examination appears as a direct reaction to developing a conceptual language that is at once a destructive, menacing and impossible system of forms. While each work is distinct in terms of visuality and concept, they share interest in researching the potential of drawing as critical practice unbound by rules and methods.

Most of the works are also processes of repetitive acts trapped within conflicting and unresolved situations. The act of looping repetitive gestures and lines accumulates the sense of being trapped in a vicious circle. In order to address the idiosyncratic nature of the selected works, the spatial design of the exhibition is based on a horizontal linear setting that challenges the verticality of the gallery walls.  All of the works in the exhibition are presented on a table that spreads through every room of the gallery. While navigating through the exhibition, due to the positioning of this long table, visitors are challenged to draw circles and re-visit parts of the table in order to reach every available work in the exhibition.

"White" is supplemented by a book edited by curator Basak Senova which illustrates the works and the process of arriving at the concept and design of the exhibition. The book is available through CDA-Projects,  Istanbul. 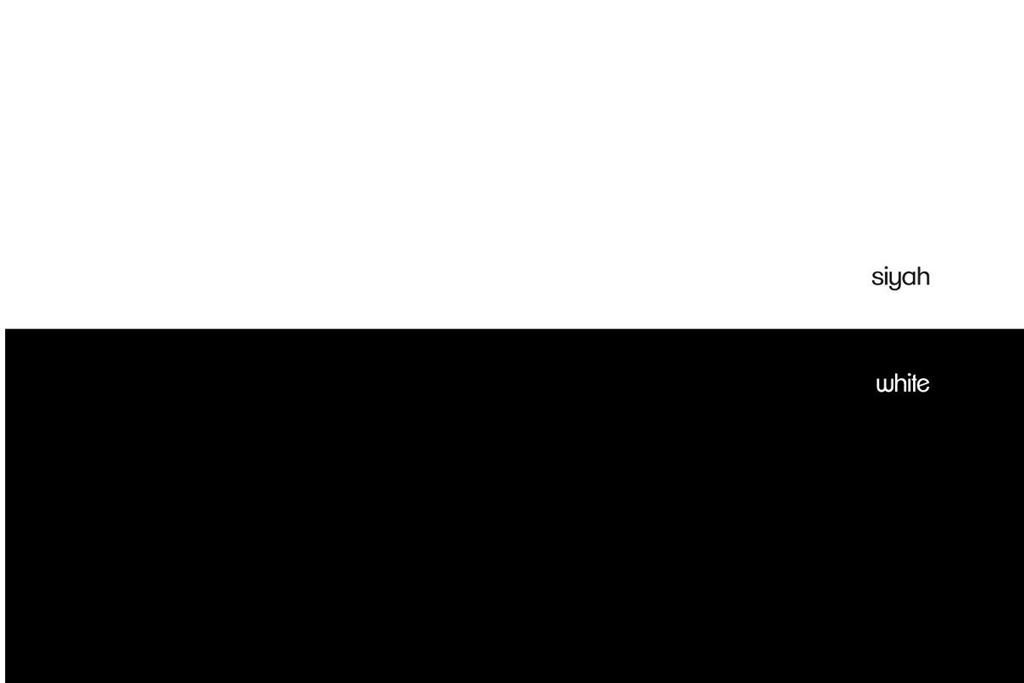